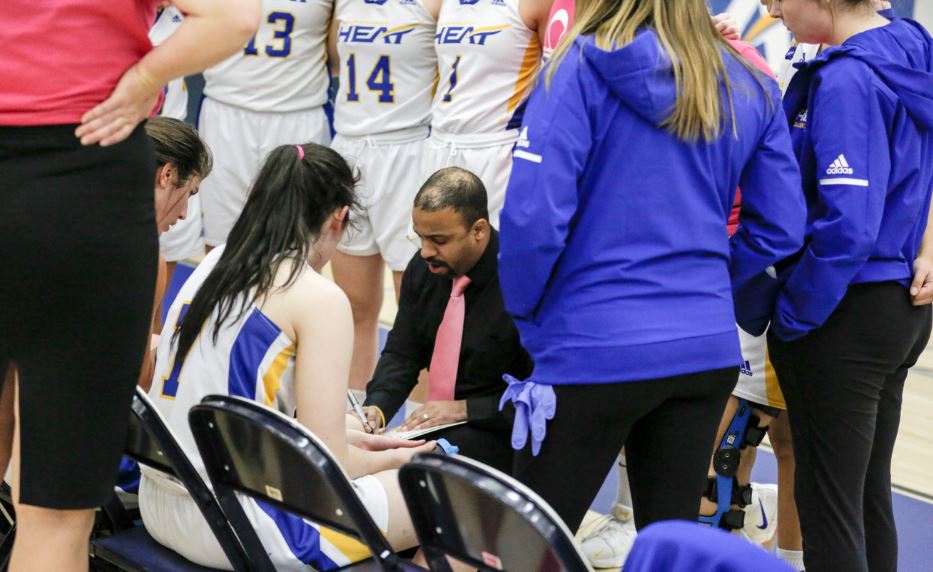 KELOWNA, BC — If you’re reading this, it’s not too late.

The 2019-20 basketball season is right around the corner, and we’re here to help you get set for what will surely be an incredible journey.

While we’re still looking back on an incredible 2018-19 season, one that saw two teams win their first-ever National Championships in school history, it’s also the perfect time to look ahead. The 2019-20 season promises to deliver a heightened level of excitement, and we can’t wait to see what’s in store for the new campaign.

To get fans across the country ready for the new season, we’ve taken on a challenge that hasn’t been done before. In the coming weeks, we will preview every team from coast to coast ahead of the 2019-20 season.

From August 8th through to October 6th, every team will be previewed in some capacity. For institutions that have both men’s and women’s basketball, a separate preview piece will be done for each team.

Rosters will be dissected and a look back at the year that was will help us determine what the team looks like this time around as every team begins with a blank slate in the standings.

The 2018-19 season was another one full of struggles for the UBC Okanagan Heat.

On the heels of a winless year in 2017-18, the Heat came into the 2018-19 season looking to gain some sort of momentum as they looked to move out of last place in the Canada West standings. While they did improve from the year prior, the Heat still found themselves looking up at the other 16 teams in the league at year’s end.

While they picked up their first win since February of 2017, the Heat finished the 2018-19 season with a 1-19 record in league play. Their lone win, which just so happened to be on the Heat’s Shoot for the Cure Night, came against the MacEwan Griffins. UBC Okanagan picked up the 6-051 win to end their 16-game losing streak to start the season.

“Last year as a staff, we learned that we need to be better prepared from top to bottom,” said UBC Okanagan Head Coach Bobby Mitchell. “[This] will have our players more prepared and put them in a better position to have success.”

Coming into the season, the Heat picked up a convincing win in exhibition play over the VIU Mariners. The Heat rolled to the 86-51 win over the Mariners, a team that would go onto win the PACWEST Championship and advance to the 2019 CCAA Women’s Basketball National Championships.

In 2019-20, the Heat will be looking to improve on their one-win from a season ago and make a move up the Canada West standings. The last time the Heat finished with a record of .500 or better was in 2015-16. UBC Okanagan finished that year with a 10-10 record.

With one of the top Canada West forwards in tow for her final season, the Heat will have talent up front. They will look to others to step up, especially in the back court, as they are tasked with replacing their top scorer from a season ago.

Heading into the 2019-20 season, the Heat will be without five names from their roster last season. Among the group of five is the Heat’s team leader in both scoring and assists per game, dealing a big blow to the back-court rotation as well as the team, overall.

From both a production standpoint and experience level, guard Vanessa Botteselle (North Vancouver, BC) is the team’s biggest loss from last season. The veteran guard was the Heat’s team leader in both scoring and assists per game in 2018-19. Botteselle posted 13.8 points and 4.8 assists per game last season, while also averaging 5.5 rebounds for a solid stat line on both ends of the floor.

Over the year, Botteselle posted four games with at least 20 points. On January 4th against the UBC Thunderbirds, Botteselle shot 12-of-26 from the floor, posting 29 points to lead the way for the Heat. UBC Okanagan will look to their returnees and incoming class of recruits to help fill the void left by Botteselle on both ends of the floor.

Claire Feasby (Calgary, Alta.) averaged just over 19 minutes of floor time per game over her 19 regular season appearances, eight of which were starts. Feasby averaged 6.3 points, 2.4 rebounds, and 1.4 assists per game while shooting 33.1% from the field and 31.3% from three-point range.

Fellow guard Lindsey Bott (Burnaby, BC) is also gone from last year’s team, hindering the depth of the back court even more. Over her 15 regular season games, Bott posted 2.9 points and 2.0 rebounds per game while averaging 16.4 minutes per outing.

Martina Mason (Mill Creek, Wash.) and Amanda Pearson (Surrey, BC) round out the group of five players who won’t be with the Heat in 2019-20.

The back-court rotation took a hit for UBC Okanagan with their losses after last season. With that said, the Heat return one of the nation’s top forwards along with several key contributors who will look to improve on their performances a year ago and help the team make a move up the standings.

Despite losing their leading scorer from last year’s team, the Heat return several key contributors in 2019-20. Many of them will be looking to step into expanded roles this season, but leading the way is one of the top forwards in all of Canada, let alone the Canada West.

While the team’s record may steal some attention away, forward Jordan Korol (Coldstream, BC) deserves your undivided attention when she’s on the floor. Last season, Korol averaged a double-double per game, posting 13.0 points and 10.2 rebounds per contest. Korol shot 45.9% from the floor and 67.6% from the free throw line for the year.

Korol posted seven double-doubles throughout the year. On the glass, Korol was one of the more consistent performers in the nation. She recorded at least seven rebounds on 18 occasions throughout the regular season. One of her best games came against the Brandon Bobcats in exhibition play in December. She posted 14 points and 20 rebounds against the Bobcats on December 29th.

As she enters her fifth and final season, Korol is a player to keep on your list of those to watch as the season unfolds.

Alongside Korol, forward Brianna Falk (Vernon, BC) looks poised to take on an expanded role with the Heat this season. Falk played in just 12 games last season, eight of which were starts. She performed will despite missing eight games, averaging 7/7 points and 4.8 rebounds per game while shooting 36.6% from the field. Falk posted 17 points, on 6-of-9 shooting, against the Fraser Valley Cascades on December 1st in a 72-59 loss for the Heat.

Having Falk in the lineup for a full 20-game season will give UBC Okanagan a boost on both ends of the floor, especially in the paint.

In the back court, Ana Evans (Coquitlam, BC) is the top producing guard back from last year’s team. Evans posted 7.2 points and 2.7 rebounds per game but was limited to 26.3% shooting from the floor. In the first half of the season, Evans had seven games with double-digit points. Down the stretch, Evans was a bit streaky on the offensive end of the floor.

A consistent 2019-20 season from Evans would give the Heat another boost.

Also, back from last year’s team are Mackenzie Horst (Vernon, BC), Katie Punia (Langley, BC), and Braxtyn Horaby (Camrose, Alta.). All three players will bring a veteran presence to the roster in 2019-20.

The return of Korol is big for the Heat and their 2019-20 season, but the returning guards play an equally significant role. With several losses in the guard rotation, Coach Mitchell will look to the returnees to step into new roles and take on more responsibility.

The recruiting class for the Heat in 2019-20 is rather large. With nine new players in tow, there’s plenty to be excited about for Heat fans and the coaching staff, alike.

“We feel this group will have a major impact right away,” added Mitchell. “They all bring a competitive edge to them, toughness, and will push their teammates in practice.”

“We are all very excited.”

The most significant recruit is Alessia Brutto (Bassano del Grappa, Italy). Brutto comes to the Heat after playing with the Capilano Blues in the PACWEST Conference. Last season, Brutto was named the PACWEST Rookie of the Year after averaging 11.9 points and 9.8 rebounds per game. She helped guide the Blues to a PACWEST silver medal after posting a record of 14-4 in the regular season.

Brutto will be a factor for the Heat from the start of her U Sports career in 2019-20.

Also joining the Heat from the PACWEST ranks is guard Kasey Patchell (Kelowna, BC). The hometown guard comes to UBC Okanagan from the Okanagan College Coyotes.

Along with Patchell and Brutto, the Heat added a total of six guards to the rotation in the off-season. The likes of Lucy Faba (Calgary, Alta.), Jenessa Knapp (Langley, BC), Mira Witt (Saskatoon, Sask.), and Kelsey Falk (Vernon, BC) will bring their talents to UBC Okanagan and will add depth and talent to the mix for years to come.

Up front, Mitchell and the Heat have added Tessa Burton (Port Coquitlam, BC), Jaeli Ibbetson (Kelowna, BC), and Emily Instant (Coquitlam, BC) to the rotation. Instant stands at 6’3’’ and will bring size to the mix, while Burton adds size to the wing at 5’10’’.

The Heat have added some intriguing pieces for the 2019-20, most notably the addition of Brutto. Adding a player of her caliber and with the experience she has with her time with the Blues will help the younger players as the season unfolds.

Recent years haven’t been too kind to the Heat in Canada West play. With just five total wins over the last three seasons, only one of which in the last two seasons, the results haven’t been there on the scoreboard. Still, Coach Mitchell is excited about the future of the program and the direction they’re heading.

“We are very excited about this year,” said Mitchell. “We have a lot of new players coming in who will push everyone. Jordan Korol is coming off a career year and entering her 5th season I think everyone on the team is excited to see what she can do this year.”

“We return 6 other players from 2nd year to 5th year and I am very excited what they can do.”

The 2019-20 season marks another step in the culture change of the program, one in which Mitchell refers to as ‘The Heat Way’.

Be sure to bookmark our 2019-20 Season Previews page to keep up with the previews as they are released online.